Presidents of Parliament fail to agree on formation of new ESR 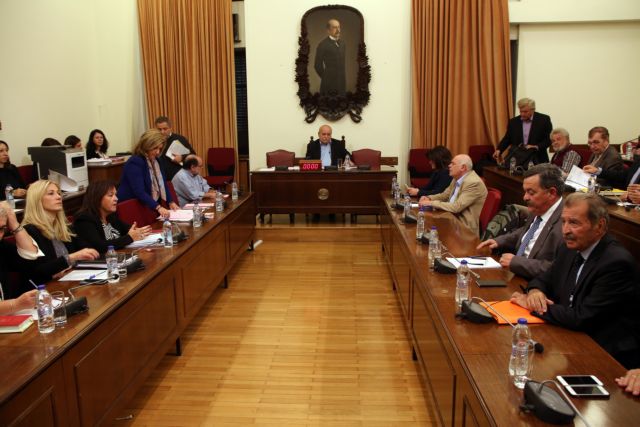 The Presidents of Parliament met on Monday in order to discuss the formation of a new National Council for Radio and Television (ESR), however they failed to reach the necessary 4/5’s majority to for an agreement.

With tension running high and the opposition parties essentially rejecting the government candidate Byron Polydoras, the President of Parliament Nikos Voutsis proposed Rodolfos Moronis for the position of the ESR’s president and Nikos Kiaos for the vice president. This development secured the support of the Democratic Alignment and the River, not however the main opposition party New Democracy.

In the vote that followed 16 lawmakers supported the government proposal, 6 voted present, 1 voted against and 1 was absent. A new meeting will be arranged in an effort to convince New Democracy to support the formation of the new TV regulator.