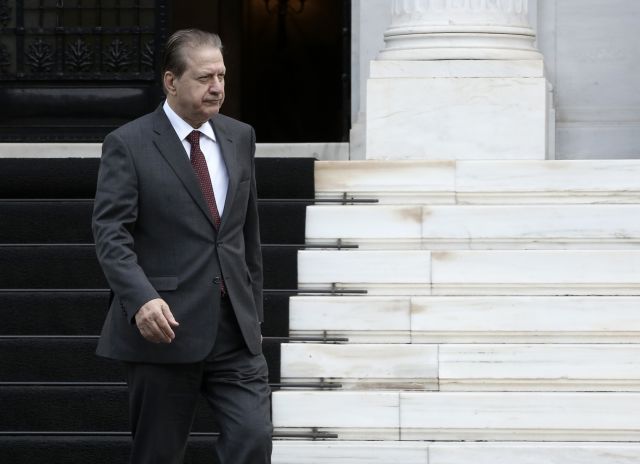 Former New Democracy MP and Minister of Public Order Byron Polydoras has been proposed by the government to head the National Council for Radio and Television (ESR).

Mr. Polydoras met with Prime Minister Alexis Tsipras on Saturday and commented that it was an “honor” being proposed to be a candidate president for the ESR, while clarifying that it is crucial for form the ESR with all the powers provided by the Constitution. The government has also proposed a meeting of presidents of Parliament for 5pm on Monday to for a new National Council for Radio and Television.

New Democracy issued a statement arguing that it consistently supports the National Council for Radio and Television “with all the powers provided by the Constitution and which [State Minister] Pappas’ law abolished”. As such, the main opposition party underlines, the controversial law must be replaced by one that implements what is provided in the Constitution, so that the ESR may be formed. The main opposition party called the government to “rise to the circumstances, for once” and set aside the public relations games.

The government’s proposed candidate served as a Minister of Public Order between February 2006 and September 2007, in the first Kostas Karamanlis cabinet. In 2013 he was expelled from New Democracy and later voted against Stavros Dimas in the elections for a new President in 2014.