US President Barack Obama to visit Athens in November 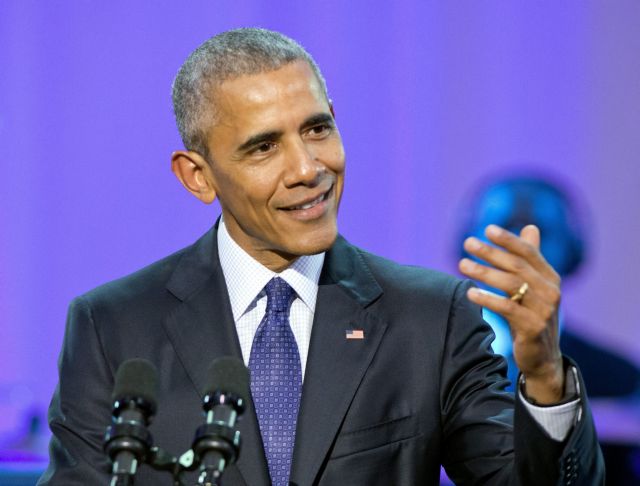 The President of the United States of America Barack Obama is scheduled to visit Athens in mid November, according to a statement issued by the White House.

President Obama will meet with the President of the Hellenic Republic Prokopis Pavlopoulos and Prime Minister Alexis Tsipras on 15 November, with the refugee crisis and economic reforms being at the top of the agenda.

This will be the fourth official visit of a US President to Greece. The first American President to visit was Dwight Eisenhower in December of 1959, the second George Bush in July of 1991 and the third was Bill Clinton in November of 1999.

The White House’s official statement on the visit is as follows:

Statement by the Press Secretary on the President’s Travel to Greece, Germany, and Peru

President Obama will travel to Greece, Germany, and Peru November 14-21, 2016. This trip will highlight the President’s commitment to trans-Atlantic solidarity, a strong and integrated Europe, and to cooperation with our Asia Pacific partners. The President’s schedule will underscore the linkages between our security interests and our economic agenda, our efforts to promote balanced, sustainable, and strong global economic growth, and our support for trade liberalization and economic reforms that reduce inequality and deliver opportunities for the middle class around the world as well as regional economic institutions that foster private sector growth.

The President on November 15 will arrive in Greece, where he will see President Pavlopoulos, meet with Prime Minister Tsipras, and reaffirm our support for ongoing efforts to place the Greek economy on a path to sustainability and renewed prosperity. In the birthplace of democracy, the President will also reaffirm the resilience of democratic values, which have done so much to deliver peace and prosperity to Europe and the wider world. Additionally, the President will make clear our appreciation for the remarkable generosity shown by the Greek Government and people to refugees and migrants.

On November 17-18, the President will visit Germany, where he will meet with Chancellor Merkel to review our close cooperation on a wide range of bilateral, regional, and trans-Atlantic issues. Among the issues on the agenda will be our common efforts to resolve the conflicts in Ukraine and Syria, the campaign to degrade and destroy ISIL, as well as trans-Atlantic economic relations. This visit will mark President Obama’s sixth visit to Germany, reflecting the strategic importance of our partnership with Germany and the close ties between the American and German peoples. The President will also have one last opportunity to meet with his “Quint” counterparts, the leaders of Germany, France, Italy, and the United Kingdom, to review a range of global issues.

The President will then travel to Peru from November 18-20 to attend the Asia Pacific Economic Cooperation (APEC) Leaders’ Summit, underscoring the United States’ support for the Asia Pacific’s regional institutions and efforts at regional economic integration through trade and investment liberalization. The President will meet with the Leaders of the other Trans-Pacific Partnership (TPP) member countries, as he has done every year on the margins of APEC since 2011. The President will focus on his continued efforts to make the case to Congress and the American people for approval of TPP without further delay. He will emphasize our continued support for the agreement’s high, enforceable standards that will benefit American workers and businesses while furthering our national security imperatives in the Asia Pacific. President Obama will also hold a bilateral meeting with President Kuczynski to affirm and review progress on our bilateral agenda of supporting private sector-led growth through inclusive and environmentally sustainable economic policies, advancing democracy and human rights, and enhancing our people-to-people ties.