Parliamentary Elections carried out in Georgia

Parliamentary elections in Georgia took place on 8 October, 2016. 19 parties and… 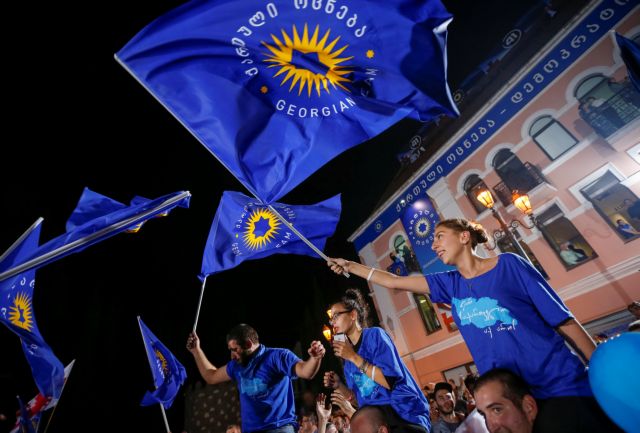 Parliamentary elections in Georgia took place on 8 October, 2016. 19 parties and 6 election blocs, as well as 816 majoritarian candidates participated in the elections. The ruling party “Georgian Dream” has won majority of votes by almost 50 %, second came United National Movement (UNM) with close to 27%.

Thousands of international observers and monitoring groups have confirmed that the October 8 Parliamentary Elections in Georgia expressed the will of the Georgian people and reaffirmed the country’s democratic credentials.

The statement by High Representative/Vice-President Federica Mogherini and Commissioner Johannes Hahn on the parliamentary elections in Georgia says that “the EU has been closely following the process, including the results of the preliminary official vote count. The European Union is committed to a stable, democratic and prosperous future of Georgia. Once the electoral process has been completed, we look forward to working with the democratically elected new Parliament and Government to deepen our political and economic relations based on the joint commitments of the EU-Georgia Association Agreement. It will be important that all representatives elected to the new Parliament work together in the interest of Georgia”.