After resuming their meeting on Wednesday, the members of the Council of State will… 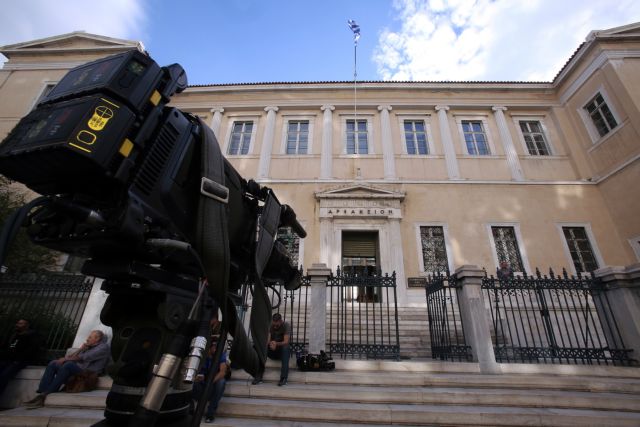 After resuming their meeting on Wednesday, the members of the Council of State will continue debating the controversial television licensing law. Reports suggest that the rapporteur Giorgos Papageorgiou has suggested dismissing the application for an injunction by existing media groups.

Should a 25-member majority accept the recommendation, then the court will not enter the essence of the matter, namely if the passing on duties from the National Council for Radio and Television (ESR) to the General Secretariat of Information and Communication.

According to sources, 8 council members remained silent during Wednesday’s meeting and are expected to play a decisive role in reaching a decision. Should the Council accept the recommendation the constitutionality of the law will be examined in January, when the constitutionality and legitimacy of the tender itself will be debated.