Washington and Berlin clash over the Greek public debt

The Greek public debt continues to cause tension between the USA and Germany, as… 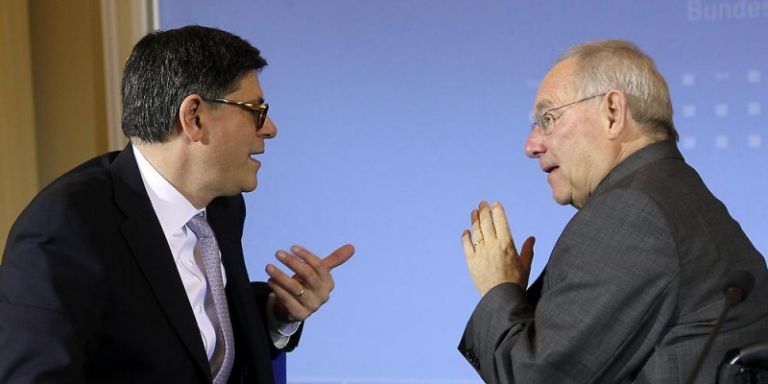 The Greek public debt continues to cause tension between the USA and Germany, as the IMF’s Annual Meeting is about to begin. The IMF’s Christine Lagarde has repeated that the debt is not sustainable, while US Secretary of Treasury Jack Lew argued that Greece needs debt restructuring as soon as possible.

Speaking at an event on the sidelines of the IMF meetings, the US official stated that “the only consistent answer to a non-sustainable debt is its restructuring” and that “the more you delay it, the harder it gets for the economy sustaining it”. Mr. Lew also pointed out that the last bailout agreement stated that debt restructuring should be on the table and that it’s not sustainable.

In response Germany’s Minister of Finance Wolfgang Schäuble insists that the problem is not the public debt, but rather that level of competition in the Greek economy. The German official further claimed that the focus on the debt issue is deceiving the Greek people, thus preventing what needs to be done.

Finally, European Commissioner Pierre Moscovici clarified that he wants the IMF to continue to participate in the Greek bailout program and that an agreement on the debt may be examined by the end of the year. Mr. Moscovici stressed that Greece must, however, continue implementing the program as agreed. Should the second review be successful and the financial climate improves, he explained, then measures regarding the debate will be discussed, as agreed at the Eurogroup in May.