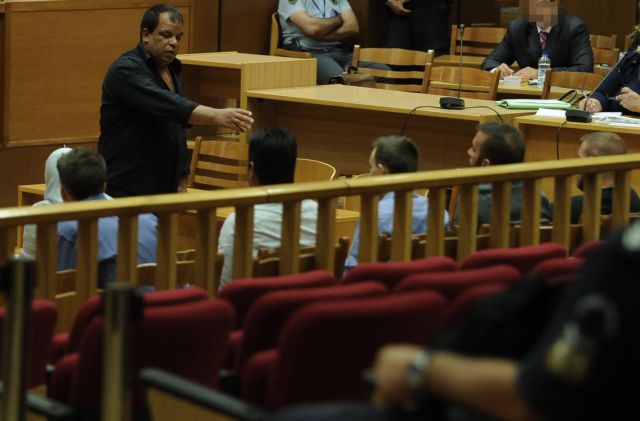 The trial of Golden Dawn continues with the court examining an attack that was carried out against Egyptian fishermen in their home in Perama in June 2012.

On of the fishermen, Mohammed Abu Hamad, identified Dimitris Agriogiannis and confirmed that he was part of the neo-Nazi gang that attacked the Egyptians in their sleep. According to the witness, Agriogiannis was among the gang and was carrying a stick.

Later on in the trial, the witness told the court that there were about ten people among the gang, some of who were not present in court, with six of them sitting in the dock. When asked whether someone was coordinating the attack, the witness responded that he saw one person in a car who was shouting to the others, but he could not tell what he was saying.

The witness also revealed that a few days after the attack, one person who was likely in the gang, approached his brother and apologized and begged for forgiveness, claiming to be sorry and that he had children.