The Greek public debt on the European Parliament agenda 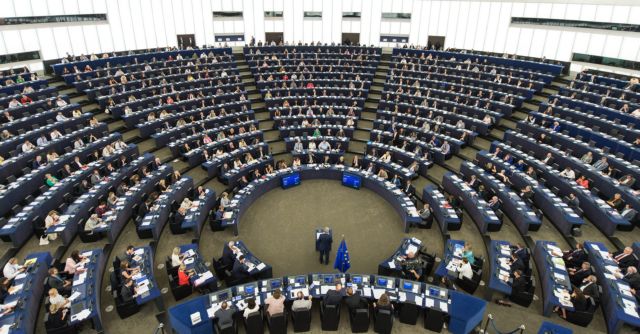 A discussion on the Greek debt will take place in the European Parliament on Tuesday afternoon, with European Commissioner for Economic and Financial Affairs, Taxation and Customs Pierre Moscovici scheduled to participate.

According to the European Parliament, the debate will focus on the “macroeconomic situation in Greece, structural reforms and their impact, as well as prospects for future negotiations within the [Program]”.

Commenting on the debate that has been planned for 4pm [Athens time] on Tuesday, SYRIZA MEP Dimitris Papadimoulis argued that “after seven years of harsh austerity and a major recession, Greece needs growth and a stable macroeconomic environment. It is time to abandon the neoliberal austerity measures and support measures for growth in the economy, job creation and bolstering the social state”.

Furthermore, Mr. Papadimoulis stressed that Wolfgang Schäuble’s “dogmatic obsession” for greater one-sided austerity and delaying the debt talks is “unacceptable”. The SYRIZA MEP underlined that his aim to complete the talks on relief for the Greek public debt and specify everything that was decided by the Eurogroup in May 2016 until the end of the year.