The Minister of Finance Euclid Tsakalotos will travel to Washington, DC for a series of… 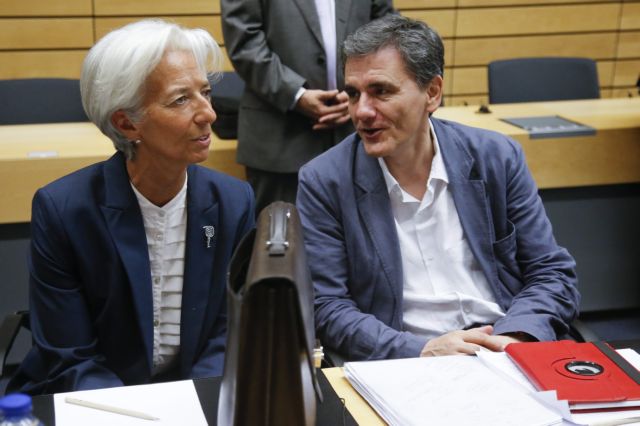 The Minister of Finance Euclid Tsakalotos will travel to Washington, DC for a series of critical meetings with IMF officials in order to discuss the Fund’s participation in the Greek bailout program. The latest sources however have noted that the IMF is geared towards not participating in the Greek program.

According to a report in Ta Nea, the IMF, EU and ECB will have the opportunity t discuss all major issues that remain unresolved. This includes whether Europe will proceed with mid-term debt-relief measures for Greece and whether the ECB will include Greek bonds in the quantitative easing program.

At present there is major uncertainty on the issues, with a European official estimating that the IMF will not participate in the program, since Germany will not give in to the IMF’s pressure on debt relief. The official cited by Bloomberg is said to reflect the opinions of the Eurogroup.

Should the IMF decide against participating in the bailout, Greek bonds may consequently not be included in the ECB’s QE program, since the country’s debt will not be considered sustainable. This development will then put the ECB in a difficult position.

The IMF is expected to publish its own debt sustainability analysis in December, based on the review of the Greek economy recently carried out by its officers. Until then, the Greek government will push forward with the second bailout review, in hopes of concluding it by the end of the year.

As such, the Greek government will have to resolve and address all remaining prior actions within the week, in order for the upcoming Eurogroup next Monday to approve the disbursement of the 2.7-billion-euro tranche and begin the second review on 17 October. The ECB has argued that aside from a sustainable debt, completion of the second bailout review is a necessary condition for Greek bonds to be included in its QE program.