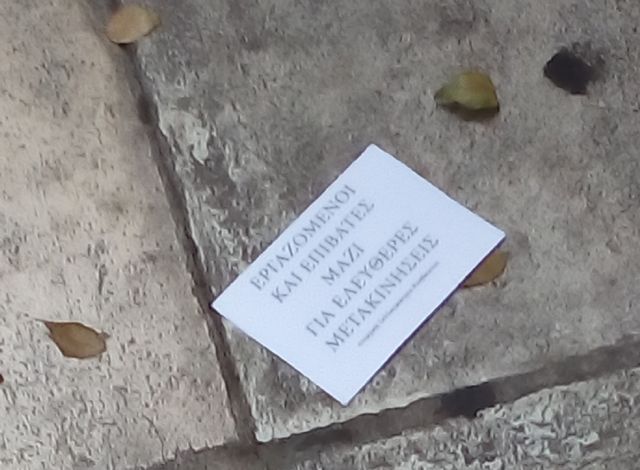 The ‘Rouvikonas’ anarchist group occupied the central offices of the conductors for urban transportation in downtown Athens for a few hours, until the police broke it up and detained a number of the group members.

According to a statement issued by the anarchist group, the occupation was carried out in response to the behavior and stance of conductors towards travelers without a valid ticket.

The group cites the death of 19-year-old Thanasis Kanaoutis two years ago, as well as the abuse against a young woman in Thessaloniki a few days ago.