Europa League: One win, one draw and one defeat for Greek teams 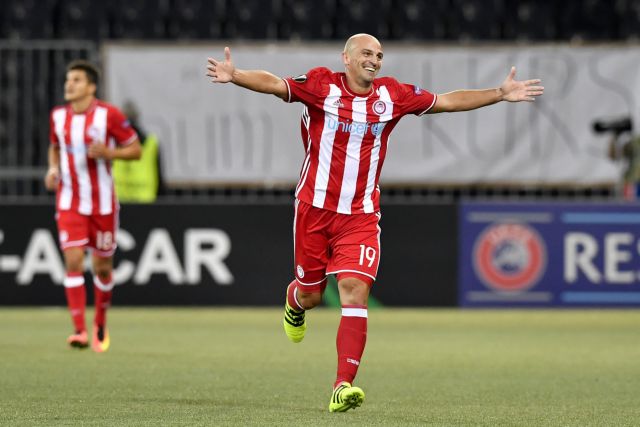 The Greek teams participating in the Group stage of the Europa League debuted with one win, one draw and one defeat on Thursday.

Piraeus-based champions Olympiacos managed to defeat Swiss side Young Boys 0-1 in an away match in Bern, thanks to a strike by veteran midfielder Esteban Cambiasso (42’) near the end of the first half. The “Reds” had the opportunity to score further goals in the second half.

In Thessaloniki, PAOK hosted Italy’s Fiorentina in a goalless draw. Although Fiorentina had better chances than the “Black and Whites”, neither goalkeeper felt much pressure throughout the evening.

Meanwhile in Athens Panathinaikos appeared to have a great start against Holland’s Ajax with an early goal by Marcus Berg (5’), however the visiting side managed to turn the match around, first with Bertrand Traoré (33’) and later with Jairo Riedewald (67’). Three players were sent off with red cards during the match – Ivan Ivanov and Mubarak Wakaso for the “Greens” and Hakim Ziyech for Ajax.