Tsakalotos-Stathakis-Skourletis in talks with the institutions

The talks between the government and the institutions, over the 15 prior actions… 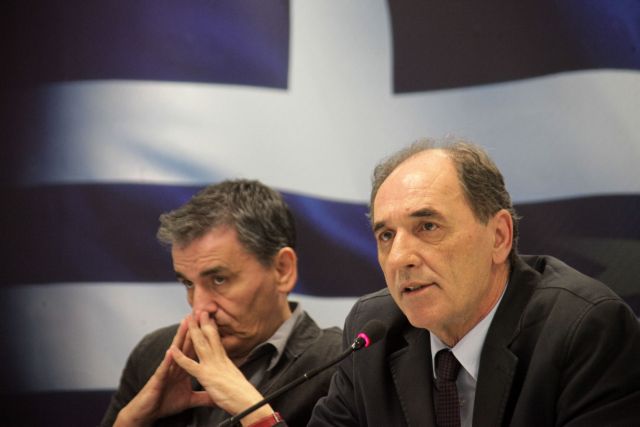 The talks between the government and the institutions, over the 15 prior actions remaining from the first bailout review – continue on Tuesday, starting with a meeting including the Ministers of Finance Euclid Tsakalotos and Economy Giorgos Stathakis at 11:00 and continuing with the Minister of Energy Panos Skourletis at 11:30 on Tuesday morning. The IMF’s mission chief in Greece Delia Velculescu will participate in Tuesday’s talks.

After Monday’s two-hour meeting, the Finance Minister told journalists that although there is no agreement yet, both sides are close. The main issues discussed on Monday included the supervisory board of the new ‘super fund’ and privatizations.

An earlier meeting held with the General Secretariat for Combating Corruption appears to have taken place in a very good climate. The funding of political parties was at the top of the agenda and the changes that need to take place.