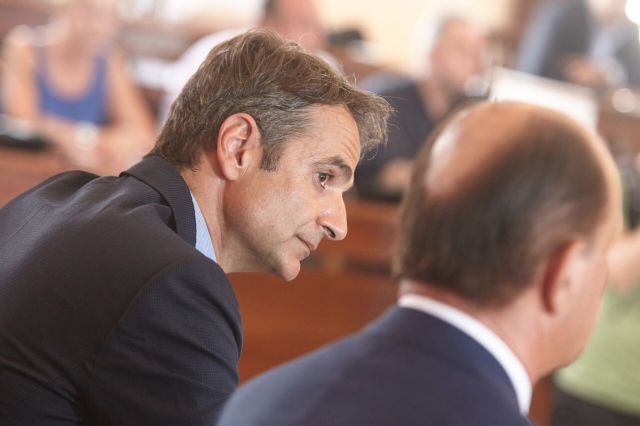 The President of New Democracy Kyriakos Mitsotakis argued that a political change is necessary for the country’s recovery, repeating his call for early elections.

Mr. Mitsotakis made the statement during his meeting with the Mayor of Nemea Kostas Kalantzis. The ND leader also met with local residents in a café.