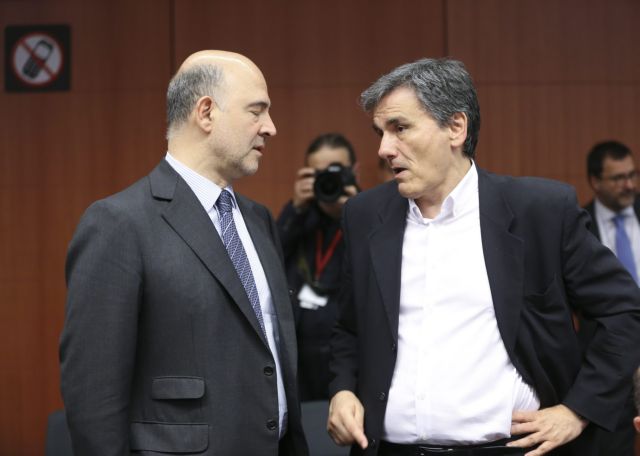 The Ministers of Finance Euclid Tsakalotos and Economy Giorgos Stathakis will meet with the European Commissioner for Economic and Financial Affairs, Taxation and Customs Pierre Moscovici on Monday.

European sources noting that the meeting offers an opportunity “to clear the air” in relation to the prior actions from the first bailout program review and which are linked to the disbursement of the next tranche worth 2.8 billon euros. The same sources added that some of these prior actions are turning out to be tougher than originally estimated.

The Commission appears to be troubled by the lack of progress in the appointment of a supervisory board for the privatization fund, along with a series of energy-related actions.

In relation to the prosecution of former ELSTAT chief Andreas Georgiou and the European Commission’s ‘intervention’, the sources commented that the negative climate does not help negotiations, as it reopens a discussion that nobody wants to get into again.

Finally, asked about the prospect of revising the primary surplus targets, the sources stressed that Mr. Moscovici has already ruled out such a prospect during his last visit to Athens and that nothing has changed since then.