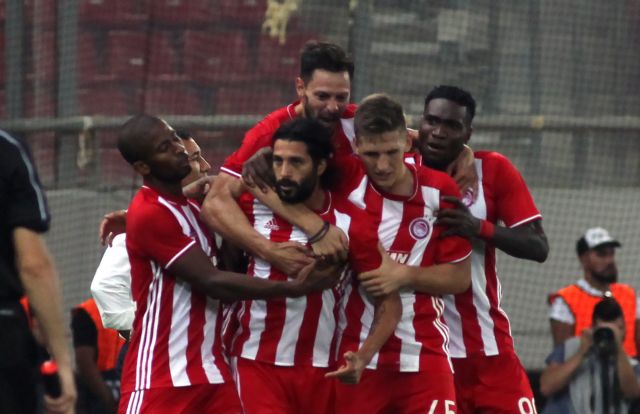 All three Greek teams competing in the Europa League managed to overcome their opponents on Thursday evening and have qualified to the group stage of the football competition.

PAOK had a relaxed evening in Thessaloniki and defeated Dinamo Tbilisi 2-0 (aggregate 5-0) thanks to goals by Garry Rodrigues (5’) and team captain Giorgos Tzavellas (45’). PAOK could have scored more goals however, with forward Djalma Campos missing a penalty.

Greek champions Olympiacos faced major problems against Portugal’s Arouca in Piraeus, with the game going into extra time and ending in 2-1 victory (aggregate 3-1). The game was seemingly headed for a 0-0 draw, however Gegé (80’) opened the score for Arouca and sending the game to extra time.

Experienced midfielder Alejandro Domínguez however came on as a substitute in extra time and equalized the score (94’) for the ‘Reds’. A few minutes later Ideye Brown (113’) doubled the score for Olympiacos and secured his team a ticket to the Europa League group stage draw.