Upcoming conference sparks ‘cold war’ between PASOK and the River 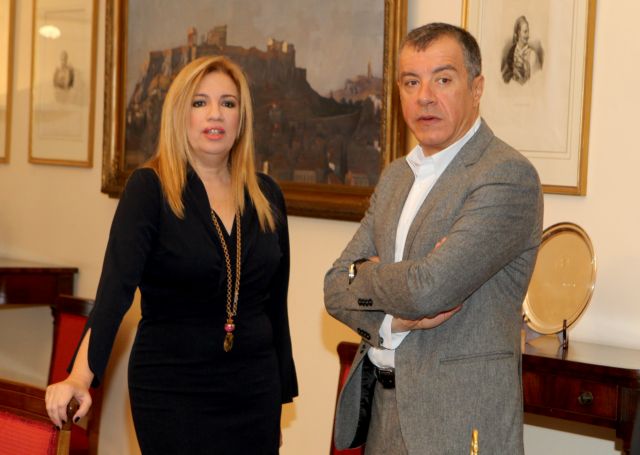 A recent interview by PASOK leader Fofi Gennimata in the Kathimerini newspaper has reportedly prompted reactions from the River.

In her interview Mrs. Gennimata commented on the center left conference that will take place in the spring of 2017. The PASOK leader explained that the leader to be elected at the conference will be accompanied by a coordinating political body, which will be formed on a proportional basis.

Close associates of River leader Stavros Theodorakis told Ta Nea that ‘once again’ the PASOK leader is acting on her on her own interests and not what had previously been elected.

The sources further elaborated that if River leader Stavros Theodorakis is elected to lead, he will have to have a PASOK-focused council.