Athens-based Panathinaikos has qualified for the Europa League play offs, after… 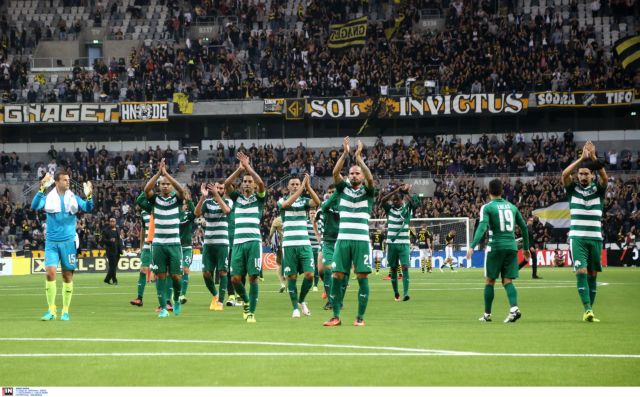 Athens-based Panathinaikos has qualified for the Europa League play offs, after defeating Sweden’s AIK in Stockholm 2-0 on Thursday evening.

The ‘Greens’, who had also won the first leg of the qualifier in Athens a week ago, defeated the Swedish side thanks to goals by Víctor Ibarbo (46’) and Marcus Berg (73’). Panathinaikos was also victorious (1-0) in last week’s match in Athens.

Unfortunately for Greece though, the other two teams competing in the qualifiers were both defeated and as such will not be progressing to the play offs.

Although PAS Giannena opened the score in Athens against AZ Alkmaar with Pedro Conde (9’), the Dutch side defended the 1-0 score of the first match and scored tow goals with Dabney Souza (29’) and Derrick Luckassen (36’).

Similarly, AEK was knocked out of the competition after a 1-0 defeat in Athens by French side St-Étienne, thanks to a goal by Robert Berić (23’). The two teams had drawn 0-0 in France the previous week.