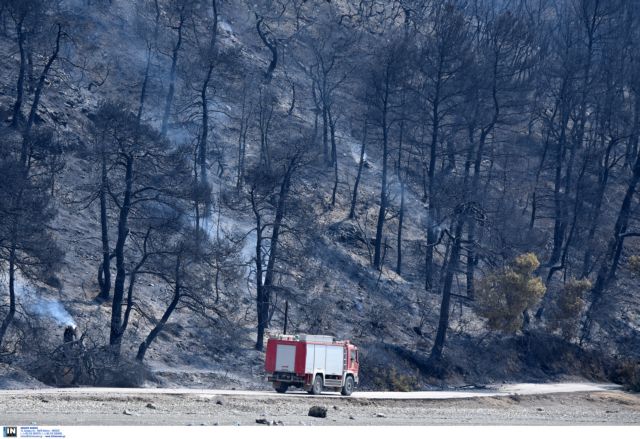 The wildfire that broke out in north Evia has caused a major environmental disaster, as initial estimations suggest that over 30,000 acres of the forest have gone up in flames.

Although the wildfire was finally set under control late on Monday afternoon, the Fire Brigade remains on full alert, while crews are creating firewalls to prevent the fire frm reaching the Troupi village, at the foothill of Mount Kantili.

The Deputy Leader of Operations, Lieutenant General Athanasios Serentellos told in.gr that although the situation has improved since Sunday “there is still a lot of work to be done”.

Aerial support was vital in tackling the fire, with an additional six helicopters and two waterbombers supporting over 200 firefighters and 30 soldiers in Evia. A state of emergency has been declared in the area of Limni in Evia, in order to provide immediate assistance to restore damages caused by the fire.