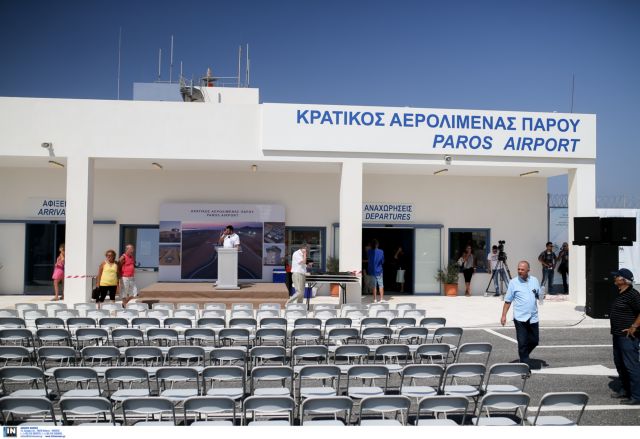 The new airport on the Cycladic island of Paros is being inaugurated on Friday by the Prime Minister Alexis Tsipras, who will also deliver a speech.

Aside from the Prime Minister, the Minister of Infrastructure Christos Spirtzis and the Vice President of Aegean Airlines Eftychios Vasilakis will also give a speech at the special ceremony that has been planned.

Following the inauguration ceremony at the airport, the Prime Minister will be toured at the new state-owned airport and will then meet with local professional and productive institutions on the island.

Celebrity Beyond docks in Piraeus

Over the past four years this cost the State about 16.8 million euros, which is nearly the amount that was needed for construction of the new runway.