The President of New Democracy Kyriakos Mitsotakis argued that “the transition… 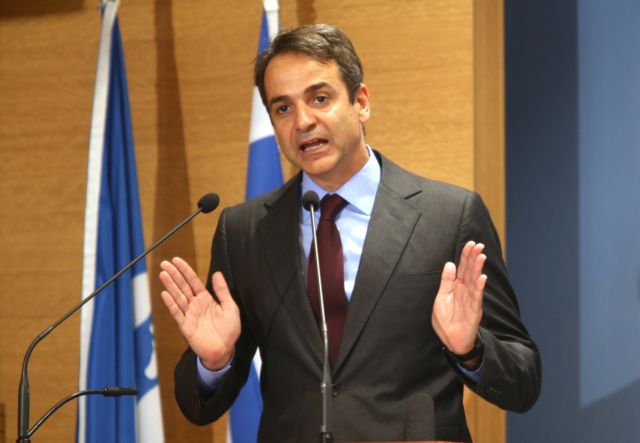 The President of New Democracy Kyriakos Mitsotakis argued that “the transition from the collapsing military dictatorship to a Democracy – model for that time – was a real feat” in his message for the 42nd anniversary of the restoration of Democracy in Greece.

“It took political courage, credibility and seriousness of a leader, Konstantinos Karamanlis, and the political maturity of the people to achieve this transition smoothly” the main opposition leader stressed.

According to the New Democracy leader there must be three the characteristics in our Democracy – seriousness, credibility and truth. Mr. Mitsotakis noted that Greece needs a leadership that goes beyond petty interests, opportunism and populism.

“Nowadays the opposite applies; instead of big decisions of truth, based on the national interest, we have policies of deception and party interests that lead nowhere” he explained and further elaborated that “they do not solve problems, they create more problems”.

Mr. Mitsotakis concluded that “they do not offer perspective, they lack perspective. These old ways of governance should end once and for all. This is considered necessary for Greece’s restart. It is fundamental for a substantive and not a pretext national consensus, as the majority of our people wants”.