Theoharis: “The actions for ‘Plan B’ were controlled and coordinated” 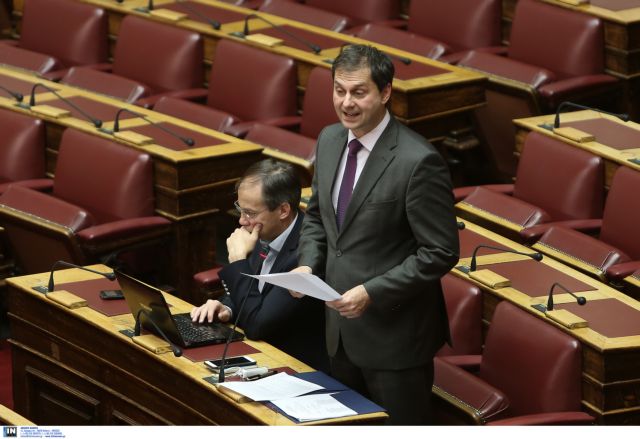 Independent MP Harris Theoharis has alleged that the ‘Plan B’ that former Finance Minister Yanis Varoufakis is said to have devised, in case Greece was forced to leave the euro, was coordinated and fully controlled.

Mr. Theoharis reminded Vima 99.5 FM that he revealed the plan in Parliament after founding out about it, due to the ‘carelessness’ of the work group that had been tasked with composing it.

According to the MP, the group was asking ‘weird questions’ on how to nationalize banks and after confirming his suspicions from a second source, he decided to make the revelation in Parliament.

Later on the MP argued that the coalition government is rhetorically attempting to cover up on what happened during that period and is not blaming everything on Galbraith and Varoufakis “who deceived the Prime Minister”.

Finally, Mr. Theoharis argued that another rumored, more dramatic plan by Panagiotis Lafazanis may have existed. To this he cited statements by the Minister of National Defense Panos Kammenos on how the Armed Forces were guaranteeing domestic security.