Roupakias told police: “I am with Golden Dawn and one of yours”

The Golden Dawn trial finally resumed on Friday, with police officer Nikos Dafos taking the stand to testify. Dafos was the driver… 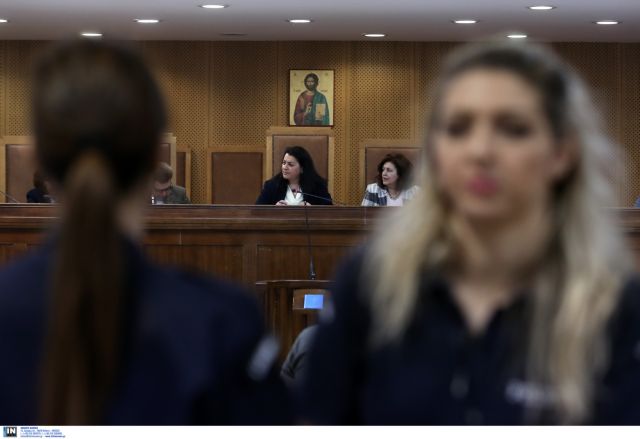 The Golden Dawn trial finally resumed on Friday, with police officer Nikos Dafos taking the stand to testify. Dafos was the driver of the patrol car that picked up Golden Dawn’s Giorgos Roupakias on the night that he murdered Pavlos Fyssas.

The witness told the court that upon arrival at the scene of the murder, there were eight police officers and two DIAS (motorcycle police) squads and Roupakias appeared to be very cooperation. Dafos argued that upon arrest, Roupakias identifying himself as a Golden Dawn member and repeatedly told police officers that he was «one of theirs«. According to Dafo, Roupakias also freely admitted his involvement in the murder

Only two of the 68 defendants were in court, with main defendant Roupakias opting not to show up, after he was released from remand earlier in the year. The self-confessed murderer had been detained for the maximum 18 months, causing major frustration and anguish to the victim’s family.

The mother of the murdered activist and rapper, Magda Fyssa, observed the trial from the back of the courthouse and has repeatedly urged authorities to expedite the major trial. Prosecuting lawyers have stressed that the neo-Nazi party is seeking to undermine the trial by constantly causing delays.

A mix up occurred as the trial was to start, as Panagiotis Vlastos was taken to the stand for another, unrelated case. The mix-up was caused due to both trials taking place at the Korydallos prison facility.