An EgyptAir Airbus Α320, which was carrying 66 passengers from Paris to Cairo, has reportedly disappeared. Hellenic Navy… 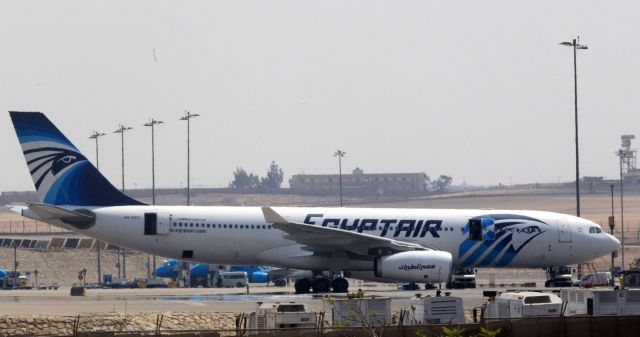 An EgyptAir Airbus Α320, which was carrying 66 passengers from Paris to Cairo, has reportedly disappeared. Hellenic Navy vessels and aircraft are assisting in the search operations. Athens has dispatched two C130, an EMB-145 H early warning patrol jet and helicopters, along with the Nikoforos Fokas frigate.

It appears that the EgyptAir flight MS804 disappeared shortly after entering Egyptian airspace, with the Hellenic National Defense General Staff receiving reports of a flash in the sky from a merchant ship 130 miles east of Karpathos.

In the latest update from EgyptAir, it was announced that the Airbus issued a distress call at 4:26am – two hours after reportedly disappearing. Although there has been no official confirmation, Reuters cited unnamed Egyptian Air Force officers who believe the Airbus crashed.

Among the 69 passengers and crew members were 30 Egyptians, 15 French, 2 Iraqis, 1 Kuwaiti, 1 British, 1 Belgian, 1 Saudi, 1 Chadian, 1 Portuguese, 1 Algerian and 1 Canadian. EgyptAir has noted that the pilot had 6,275 of flight time under his belt (2,101 hours with the same aircraft type as that of the missing flight), while his co-pilot has 2,766 hours of flight time.

The Prime Minister of Egypt Sherif Ismail commented that it is “too soon” to say anything about the missing flight and did not rule out the possibility of a terrorist attack. Egyptian President Abdel Fattah el-Sisi has called a national security council. Similarly, French Prime Minister Manuel Valls stated that nothing can be ruled out at present.