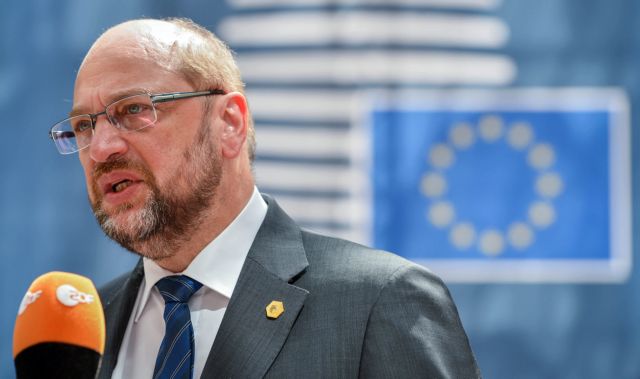 The President of the European Parliament Martin Schulz argued that Greece needs debt relief and that the solution cannot be further wage and pension cuts, in an interview for Global Conversation on Euronews.

In his interview Mr. Schulz noted that debt relief was discussed for the first time at the Eurogroup on Monday and argued that both the European Commission and Germany – even Finance Minister Wolfgang Schäuble – are open to such a debate. Crucially though Mr. Schulz stressed that wage and pension cuts cannot be the solutions and that Europe must recognize that Greece achieved a primary surplus in 2015.

When asked whether the austerity measures implemented in Greece were excessive, the President of the European Parliament responded that he was never a major proponent of such measures. He further noted that while budgetary consolidation and debt restructuring are necessary, without financial growth and employment to raise the GDP, the situation will not be rectified in the long term.

In relation to the refugee crisis, Mr. Schulz argued that a refugee relocation system to include all 28 European Union members is necessary. When asked why such a system has not worked so far, the German politician responded that nationalist approaches from certain governments have caused an unprecedented, cynical crisis; on the one hand they refuse to participate in the relocation program and on the other they claim Europe is unable to address the refugee crisis.