Schäuble confident of an agreement at the upcoming Eurogroup

Germany’s Minister of Finance Wolfgang Schäuble argued that there is no real need for a haircut in the Greek public debt, during… 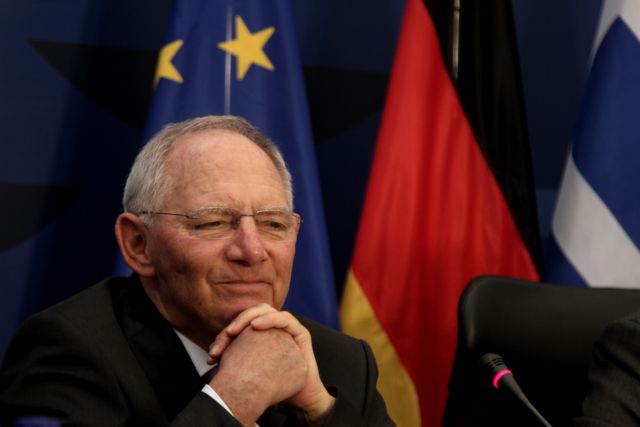 Germany’s Minister of Finance Wolfgang Schäuble argued that there is no real need for a haircut in the Greek public debt, during a dinner event organized by the Handelsblatt newspaper in his honor.

The German minister explained that if debt sustainability is not achieved in the mid term, then the situation will be reevaluated. Mr. Schäuble appeared confident that an agreement will be reached at the next Eurogroup scheduled for the 24th of May. He noted that there will be no ‘haircut’ and that on average Greece’s loans will mature in 31 years.

Furthermore Mr. Schäuble explained that Greece does not have to pay back its loans for ten years and the payment of interest has been postponed. He added that the divs in the job market are improving, the economy is growing and that the deficit is dropping.

Nevertheless, the German minister estimated that the long-term adjustment will be politically difficult for the Greek Prime Minister Alexis Tsipras. Mr. Schäuble also revealed that initially he disagreed with Chancellor Angela Merkel in relation to Greece, but was quick to praise her for her leadership.