Tsakalotos heads to Brussels with preliminary agreement on main issues 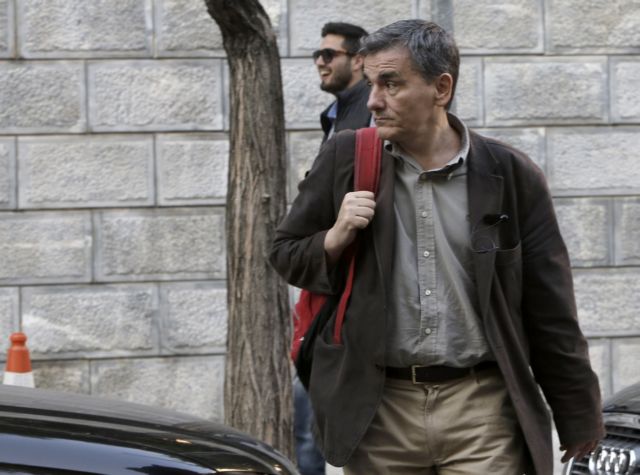 Sources from the Ministry of Finance revealed that Minister Euclid Tsakalotos has traveled to Brussels for Monday’s crucial Eurogroup meeting with a preliminary agreement on the main negotiation points, such as the new privatization fund, non-performing loans, tax reforms etc.

According to the same sources, the Greek government has submitted its proposal for the automatic budget spending adjustment mechanism to the institutions, which will be debated at Monday’s meeting. The Eurogroup is also expected to discuss the Greek debt, for the first time, as part of the summer 2015 agreement.

Prior to the Eurogroup, which is scheduled for 3pm local time, the Euro Working Group will convene, with the Alternate Minister of Finance Giorgos Houliarakis representing Greece.