Tsakalotos: “No government can pass the contingency measures”

In a dramatic letter to his European counterparts ahead of Monday’s critical Eurogroup meeting, the Minister of Finance… 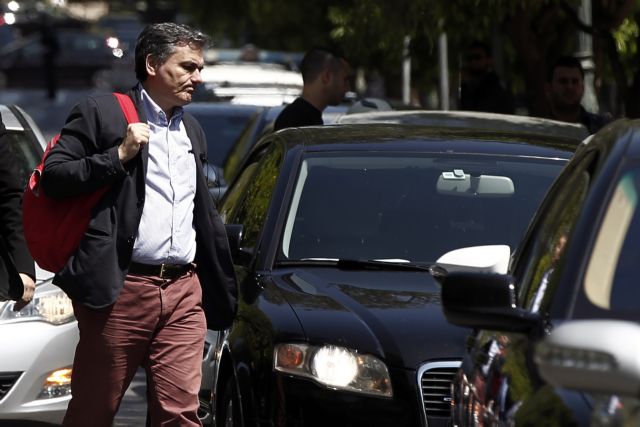 In a dramatic letter to his European counterparts ahead of Monday’s critical Eurogroup meeting, the Minister of Finance Euclid Tsakalotos warned that the contingency measures requested by the Greece’s creditors – worth 3.6 billion euros – cannot be imposed by the current coalition government, nor any other democratic government that he can imagine.

As noted early on in the letter, which was revealed by the MNI news agency, the aim is to clarify the Greek government’s position in relation to the bailout program review and the talks on the country’s debt. Mr. Tsakalotos explains that the Greek government has upheld its part of the agreement reached in the summer of 2015 by introducing the required structural reforms, including the bank recapitalization and tackling the serious refugee crisis.

The Greek Minister then addresses the disagreement among the country’s creditors, in relation to the extent of fiscal measures needed to achieve a 3.5% of GDP primary surplus in 2018. Specifically, the IMF estimates that Greece will only achieve a 1.5% GDP surplus and wants additional measures to ensure that targets are reached. The Minister argues though that the methodology used by the IMF has resulted in predictions that have fallen out in the past and then elaborates in the legal difficulties of passing these additional measures through Parliament.

Mr. Tsakalotos then details his counter-proposal for introducing an automatic adjustment mechanism of budget spending in order to address the concerns over the Greek government’s commitment to achieving its goals. In relation to the country’s debt, the Minister called the creditors for a clear statement, as part of the summer 2015 agreement, that will encourage and ensure investors that Greece is on the path to recovery, growth and stability.

In concluding, the Finance Minister stresses another Greek crisis, which may lead to another failed state in the region, will not be beneficial to anyone and that the Greek govenrment is working towards a comprehensive solution.