Serious clashes broke out on the border crossing in Idomeni, after FYROM authorities used tear gas and rubber bullets to… 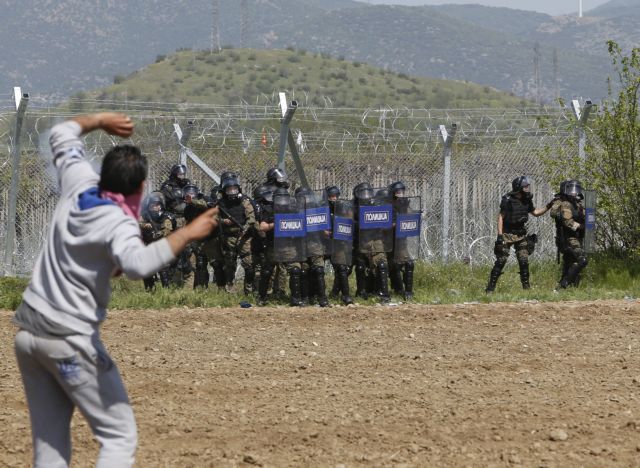 Serious clashes broke out on the border crossing in Idomeni, after FYROM authorities used tear gas and rubber bullets to prevent refugees from trying to cross over.

At least 300 refugees experienced breathing problems, while more than thirty were injured by the rubber bullets – three of them were children. Seven refugees had to be hospitalized.

On Saturday message written in Arabic was circulated amongst the refugees, calling them to gather and attempt to cross the border en masse. Hundreds of refugees gathered on Sunday in the neutral zone between Greece and FYROM.

The spokesperson for the coordinating body on the refugee crisis Giorgos Kyritsis denounced the indiscriminate use of rubber bullets, tear gas and flash bang grenades against refugees from FYROM authorities. At the same time, he stressed refugees to no believe rumors and hearsay, urging them to cooperate with Greek authorities to be safely relocated to an organized refugee center.

New Democracy’s Giorgos Koumoutsakos denounced the violent actions of FYROM’s security forces, alleging that they entered Greek territory. This was later disputed by the Ministry of National Defense.

PASOK demanded the resignation of the Prime Minister, claiming that the events in Idomeni illustrate the government’s failure at protecting the country’s border and refugees.

The River was also highly critical of the Greek government’s response and warned that “uncontrollable situations” will follow, unless action is taken. The Union of Centrists noted that there is a “complete lack of planning” and underlined the need to implement the European agreements.