The recent WikiLeaks revelations have seemingly brought the IMF and Berlin closer together, as evident by their recent, joint press… 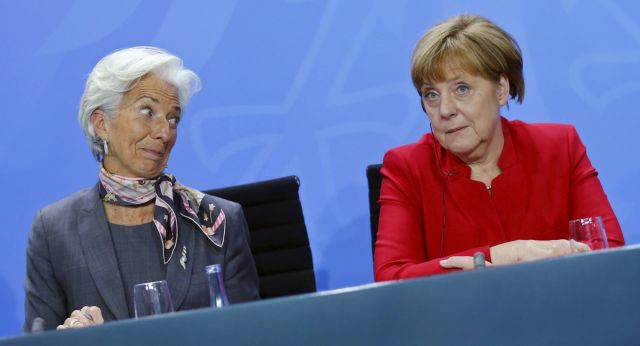 The recent WikiLeaks revelations have seemingly brought the IMF and Berlin closer together, as evident by their recent, joint press conference in the German capital.

Following a meeting with the IMF’s managing director Christine Lagarde, the German Chancellor Angela Merkel argued that the IMF will continue to participate in the Greek bailout program.

Mrs. Merkel also underlined that the ultimate desire is to conclude the ongoing bailout program review as soon as possible, to which the Greek government has committed. She added that important reforms and assistance with the debt are required,

During the press conference the German Chancellor ruled out the possibility of a “haircut”, since that is not allowed by Eurozone legislation and argued that relief can be provided by extending payments.

Given that the Greek government wants to conclude the bailout program review by the 22nd of April, it will have to adapt its overall strategy in the negotiations with institutions.