The Prime Minister Alexis Tsipras addressed his MPs in Parliament on Monday afternoon, in light of the WikiLeaks revelations and… 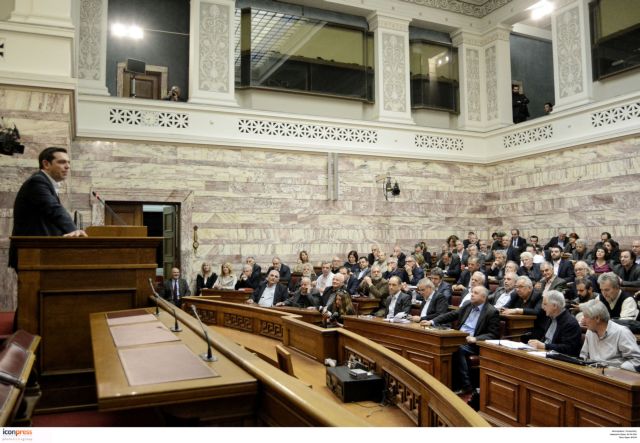 The Prime Minister Alexis Tsipras addressed his MPs in Parliament on Monday afternoon, in light of the WikiLeaks revelations and the Panama Papers scandal.

In his speech, the SYRIZA leader noted that for the first time in 6 years, there is an agreement between Athens and its creditors as to when the review must conclude, which he estimated would occur by the 22nd of April.

Commenting on the response he received by the IMF’s Christine Lagarde, the PM argued that since there was an agreement between both sides, it would be foolish to lead Greece to a credit event.

PM Tsipras further explained that the IMF has played a delay game, adding that some of the Fund’s failures (such as IMF’s public admission on wrong multipliers and estimations) have cost Greece 25% of the GDP and an explosive unemployment rate.

Nevertheless, the Prime Minister underlined that his coalition government will implement the agreement reached last summer, but “we will not give any more and we expect from everyone else to respect what they signed”.

The implication of Stavros Papastavrou, close advisor to former PM Antonis Samaras, in the Panama Papers scandal was also discussed, with PM Tsipras pointing out that New Democracy has yet to respond and questioned whether there was any list of tax evaders that does not include Mr. Papastavrou.