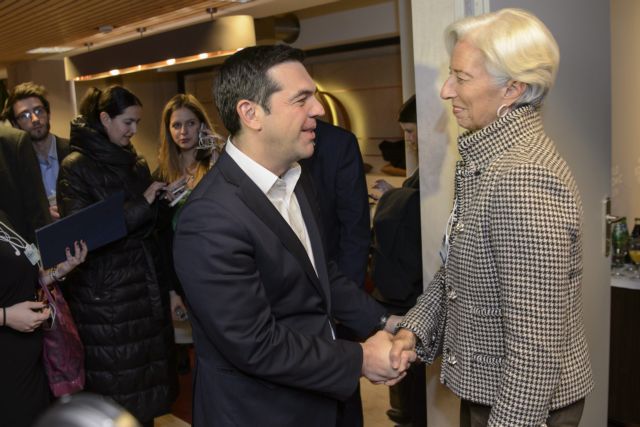 In a letter to the IMF director, PM Tsipras stressed the importance of the negotiations taking place with credibility and trust. He also called the IMF chief to clarify whether the leaked talks, where Poul Thomsen cynically appears argues that a credit event is the only incentive to force the Greek government into an agreement.

Furthermore, the Prime Minister expressed his concern to the IMF chief over the association of Greece’s financial crisis with the EU referendum in the United Kingdom.

Mrs. Lagarde responded to the PM’s letter claiming that “any speculation that IMF staff would consider using a credit event as a negotiating tactic is simply nonsense”. She also expressed her concern over the WikiLeaks revelations and how they may affect the negotiations.

Ultimately, the IMF chief backed the Fund’s ‘experienced staff’ and urged Greek authorities to “ensure an environment that respects the privacy of their internal discussions and take all necessary steps to guarantee their personal safety”.

She concluded her response to the Greek Prime Minister by noting that “the IMF conducts its negotiations in good faith, not by way of threats, and we do not communicate through leaks”.

Prime Minister of the Hellenic Republic

Thank you for your letter of April 2, in which you ask about the IMF’s position regarding the program negotiations with Greece.

My view of the ongoing negotiations is that we are still a good distance away from having a coherent program that I can present to our Executive Board. I have on many occasions stressed that we can only support a program that is credible and based on realistic assumptions, and that delivers on its objective of setting Greece on a path of robust growth while gradually restoring debt sustainability.

Otherwise it would fail to re-establish confidence, with the implication, among others, that Greece would soon again be forced to adopt yet more measures. Of course, any speculation that IMF staff would consider using a credit event as a negotiating tactic is simply nonsense.

As you and I have discussed several times, including recently on the telephone, I have been consistent in pointing out that, if it were necessary to lower the fiscal targets to have a realistic chance of them being fully met, there would be an attendant need for more debt relief. In the interest of the Greek people, we need to bring these negotiations to a speedy conclusion.

I agree with you that successful negotiations are built on mutual trust, and this weekend’s incident has made me concerned as to whether we can indeed achieve progress in a climate of extreme sensitivity to statements of either side. On reflection, however, I have decided to allow our team to return to Athens to continue the discussions.

The team consists of experienced staff who have my full confidence and personal backing. For them to be able to do their work, as you have invited us, it is critical that your authorities ensure an environment that respects the privacy of their internal discussions and take all necessary steps to guarantee their personal safety.

Finally, the IMF conducts its negotiations in good faith, not by way of threats, and we do not communicate through leaks. To further enhance the transparency of our dialogue, I have therefore decided to release the text of this letter on our website at www.imf.org.

I also look forward to any personal conversation with you on how to take the discussions forward.