The parliamentary discussion on justice and corruption, which had been postponed, took place on Tuesday evening and… 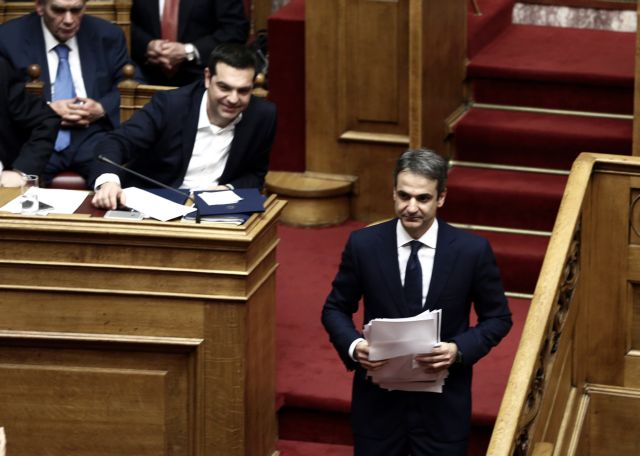 The parliamentary discussion on justice and corruption, which had been postponed, took place on Tuesday evening and revealed the deep political divide between the coalition government and main opposition. As expected, the Prime Minister defended the actions of his Alternate Minister of Justice Dimitris Papangelopoulos, in relation to shed light in the Andreas Vgenopoulos investigation.

During his speech, Prime Minister Alexis Tsipras announced that his party will table proposal to investigate the loans given to political parties and media groups. The PM underlined that the investigation into the collusion of banks, media and political parties will conclude by the end of May.

The Prime Minister then presented 13 instances where he argued that previous governments intervened in the administration and course of justice, while stressing the major responsibilities, failures and omissions of the Antonis Samaras/Evangelos Venizelos government.

Finally, Prime Minister Tsipras spoke of a government cover up in relation to the Siemens scandal and ensuing out-of-court settlement, which he added was ‘unacceptable’. He also noted that a committee of experts will renegotiate the settlement and called the main opposition leader Kyriakos Mitsotakis to join the investigation.

The main opposition leader and New Democracy president responded by accusing the Prime Minister of serial lies and calling him to step down, before he destroys the country. Mr. Mitsotakis accepted the PM’s call to support the investigations he proposed, on condition that the government supporting his party’s proposal for the capital controls, bailout and bank recapitalization.

Later in his speech the New Democracy leader criticized the government for its management of the refugee crisis and argued that it reflected the failure of the Left in power. Mr. Mitsotakis held the SYRIZA-led government and PM Tsipras as being wholly responsible for the country’s current situation, repeating his call for elections, claiming that “since this Greek parliament cannot provide a solution, the people will”.