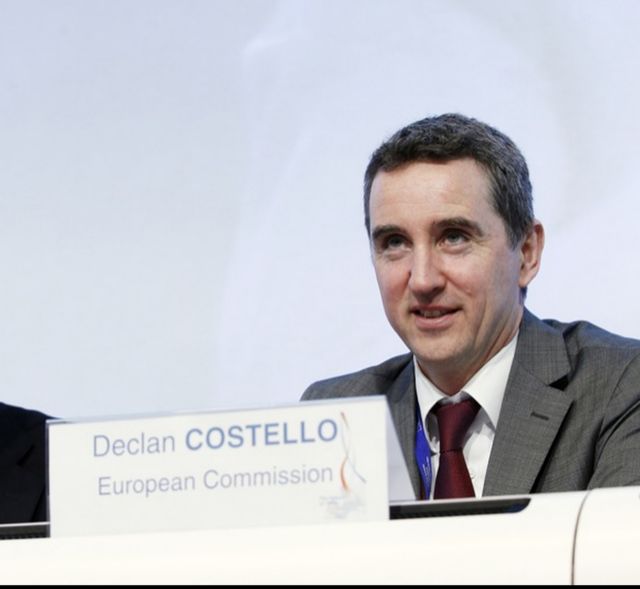 The head of the European Commission’s mission to Greece Declan Costello is confident that the Greek bailout program review may conclude by the end of April, claimed SYRIZA MP Dimitris Papadimoulis.

Mr. Papadimoulis further noted that during the joint committee session in Parliament on Wednesday, Mr. Costello stressed that the IMF desires and agreement and has ceased to make demands on top of what had been agreed in August.

Furthermore, Mr. Costello estimated that the differences between the Greek side and the country’s creditors are “bridgeable”.

The Alternate Minister of Interior Nikos Xydakis commented that “we expect a quick and fair review” and expressed the hope that the institutions may contribute to the reconstruction of the Greek economy by offering their technical know-how.

Mr. Xydakis also highlighted the “increasing deficit of democracy in Europe”, which he explained leads to Euroscepticism and the rise of far-right movements.