Kyritsis: “We will examine any requests for the return of refugees” 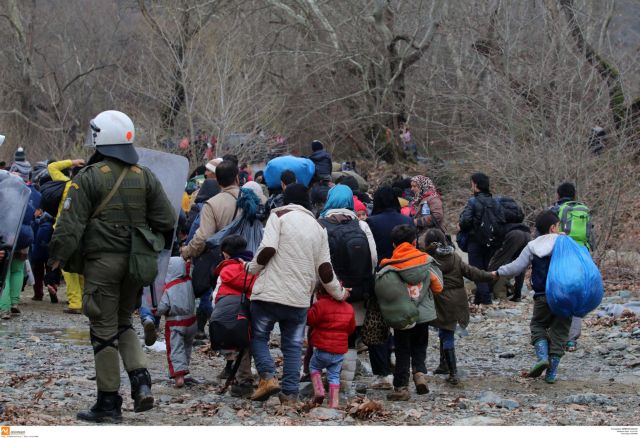 The spokesperson for the coordinating body on the refugee crisis Giorgos Kyritsis announced that the government will examine any application for the return of refugees who have reportedly crossed over into FYROM.

Mr. Kyritsis, who appeared on Mega Channel, avoided clarifying whether the Hellenic State is obliged to receive the refugees who crossed over into FYROM, legally or illegally.

Additionally the Greek official commented that a pamphlet written in Arabic and indicating a possible route into FYROM that is being circulated among refugees is “irresponsible”, despite the – good or bad – intentions of its author. Mr. Kyritsis added that far more refugees would have crossed over if Greek authorities did not take the appropriate measures.

Furthermore, the spokesperson announced that the Athens-Macedonia News Agency will be launching a page in Arabic on Wednesday and that there will be wifi access in the refugee hospitality centers, in order to facilitate communication. Translators and interpreters are also being recruited, in order to convince refugees to dispel misinformation.

According to a report on Reuters, a high-ranking official in FYROM argued that about 600 refugees who crossed over the border will be returned to Greece. A FYROM police official also noted that heightened security measures have are currently in place.