PM Tsipras: “We are proud of the battles we fought, we carry on”

In his Sunday-evening speech on the SYRIZA/Independent Greeks coalition government’s one year in power, the Prime Minister… 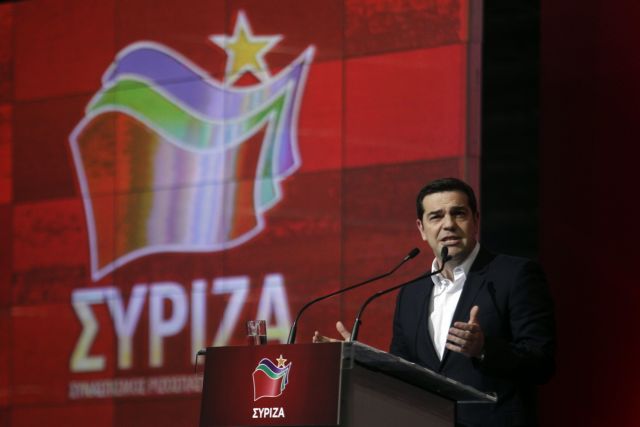 In his Sunday-evening speech on the SYRIZA/Independent Greeks coalition government’s one year in power, the Prime Minister Alexis Tsipras highlighted the differences between the neoliberal New Democracy which represents the interests of the few and SYRIZA which is struggling for the working classes.

“We are proud of the battles we fought, we will carry on against the adversities” proclaimed the Prime Minister from the stand at the Tae Kwon Do stadium. PM Tsipras argued that his government aims to bring an end to the old status quo and corruption in Greece, adding that Greece will not be held hostage by the blackmailers and vested interests/

During his speech the PM lashed out New Democracy leader Kyriakos Mitsotakis for his neoliberal beliefs and called him to clarify his party’s stance on the critical pension system reform, whether he will prefers raising employer contributions or slashing main pensions once again.

Regarding the pension reform, the SYRIZA leader commented that the there is room for improvement, but the reform must go ahead as planned since the whole system is in danger of collapse, due the mismanagement over the years. This major problem, PM Tsipras stressed, must be addressed responsibly.

The Prime Minister denounced leading members of the nationwide worker confederation (GSEE) and the confederation of agricultural unions and cooperatives (PASEGES) for supporting the pro-Europe “Yes” campaign in the summer’s referendum and now leading the battle against the government. Finally, PM Tsipras noted that he desires honest talks with farmer representatives.