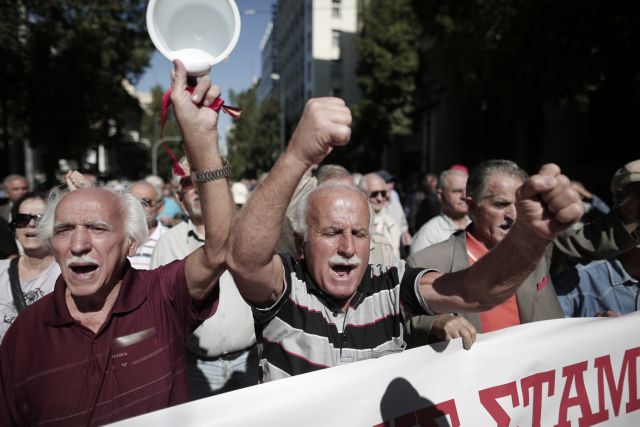 The Supreme General Confederation of Pensioners (AGSSE) called a demonstration for 10am on Wednesday at Klafthmonos Square in the city center of Athens, in protest of the government’s controversial reform plans for the country’s pension system.

During the demonstration a resolution was approved to be submitted to the government, where the pensioners express their opposition to the reforms. According to the resolution, in some cases pensions have been reduced by over 50%, with the bailout reforms having contributed to the loss of 500 billion euros worth of assets and the impoverization of 1.5 million within 5 years.

In their resolution the pensioners demand that the government fulfills its election campaign promises to protect pensioners by combating tax and contribution evasion, supporting employment in order to strengthen the pension funds with more resources and to guarantee the sustainability of pensions by abolishing the ‘zero deficit’ clause.