The former General Secretary of Public Revenue Katerina Savvaidou, who was recently dismissed from her post at the… 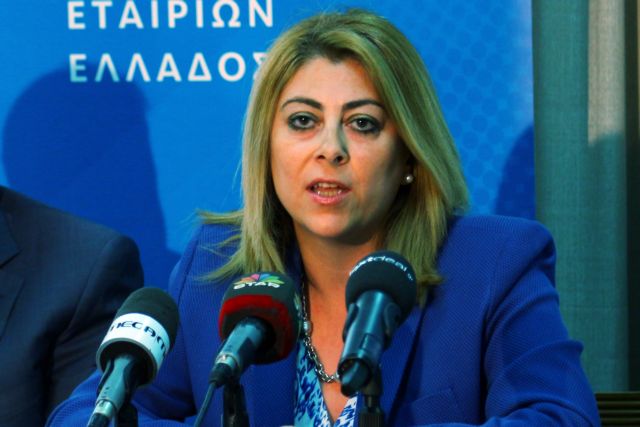 The former General Secretary of Public Revenue Katerina Savvaidou, who was recently dismissed from her post at the insistence of Finance Minister Euclid Tsakalotos, has been summoned to provide explanations by corruption prosecurors Yannis Dragatsis and Angeliki Triantafyllou on Monday.

Savvaidou is facing charges of breach of faith in relation to a 78-million-euro fine that was imposed on the Gennet SA company. The former General Secretary appears to have suspended the fine and ordered that it be reexamined. Her dismissal was announced on Thursday by government spokesperson Olga Gerovasili, who explained that “we cannot accept from public officials to operate against the public interest, to favor specific businesses, which benefited in the past from previous governments”.

The company in question deals in loans and is involved with two other companies in Kavala. It is also being examined for usurious practices in relation to the loans it granted.