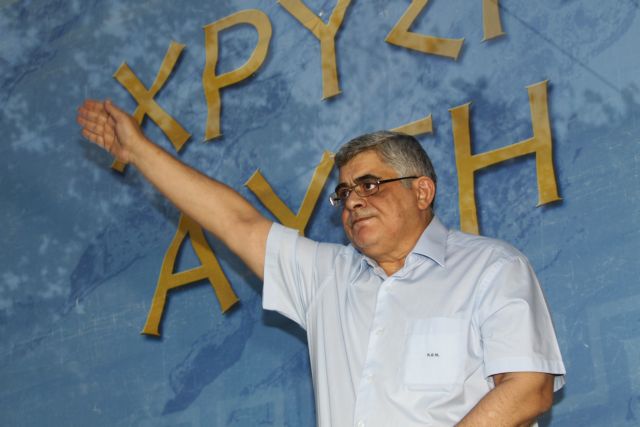 An audio recording of telephone conversation between a Golden Dawn member and supporter shortly after the murder of Pavlos Fyssas confirms that a strict hierarchy was observed with regards to criminal actions, with the neo-Nazi party’s leadership fully aware.

This audio recording, which was published on the website of the Athina 9.84 radio station, came after a recent video where the chief of Golden Dawn’s Nikea offices Nikos Patelis instructs other members to “slaughter everything that moves”.

In the telephone conversation the Golden Dawn member – who appears to be Nikos Apostolou, currently on trial – speaks with an unidentified female Golden Dawn supporter about the chain of command in the neo-Nazi party. The male speaker stated that “in order to do something you first contact Yannis [Lagos], Yannis tells the Big Man and if the Big Man gives the OK, you go”.

The two comment on the revelations in various newspaper article regarding Golden Dawn’s activities and appear fearful of the repercussions, with the female speaker lamenting that the Golden Dawn member will end up in jail. At another point during the conversation the male speaker reveals that the self-confessed murderer Giorgos Roupakias was on Golden Dawn’s payroll and received a salary of 600 euros. The two also refer to the violent initiation procedures into the “inner circle” of the Nikea offices.

The conversation of the two concludes with “Nikos” instructing the unidentified female speaker to get rid of incriminating evidence, including photographs and posters. He also instructs her to tell his mother to get rid of stickers of Adolf Hitler and, posters knives, expandable batons, flares and dynamite.