The Council of State will examine the temporary suspension of the controversial mining operations in Skouries, which was… 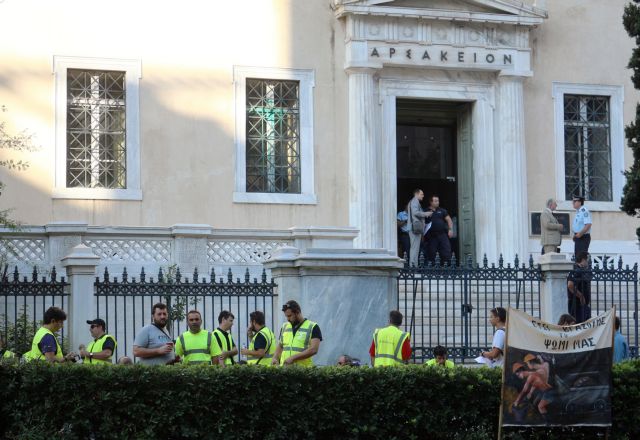 The Council of State will examine the temporary suspension of the controversial mining operations in Skouries, which was ordered in August by the Minister of Productive Reconstruction at the time Panos Skourletis. The State Council called all implicated parties to submit their proposals by the 7th of October, so that a ruling may be issued by the end of the month.

According to Mr. Skourletis, the mining operations were temporarily suspended due to a series of technical violations regarding the field testing of mining methods used. Hellenic Gold and the miner union have opposed the suspension.

On Thursday evening a demonstration against the controversial mining operations was carried out in Syntagma Square. The demonstrators demanded that the natural and social environment in the area be restored and that charges against 400 protesters be dropped.

During their demonstration pamphlets were handed out and the documentary This Changes Everything directed by Avi Lewis and based on the book of the same title by Naomi Klein was shown.