Kammenos: “This agreement heralds the end of the age of bailouts” 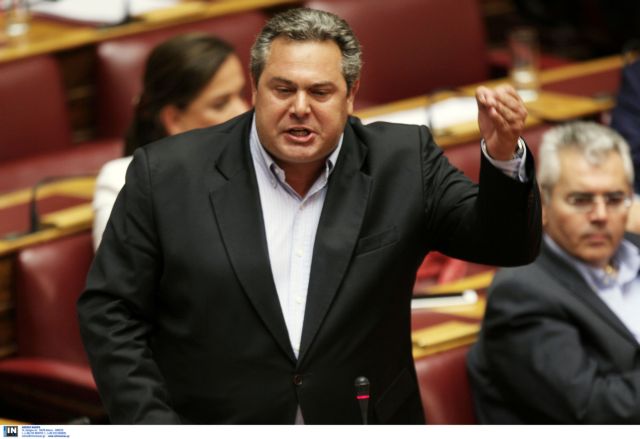 The leader of the Independent Greeks and Minister of National Defense Panos Kammenos underlined the “historic” nature of the debate taking place in Parliament on the third bailout agreement.

Mr. Kammenos defended the coalition government’s negotiation strategy and overall achievements, while stressing that all options were exhausted.

Furthermore he explained that Greece’s position in Europe was “not a taboo matter” and “wished” that there was another solution that would bring prosperity to the Greek people “even with another currency, but there was no such solution”.

In concluding his speech, the National Defense Minister pointed out that the new bailout agreement is governed by European legislation, rather than British law and argued that “this agreement heralds the end of the age of bailouts”.