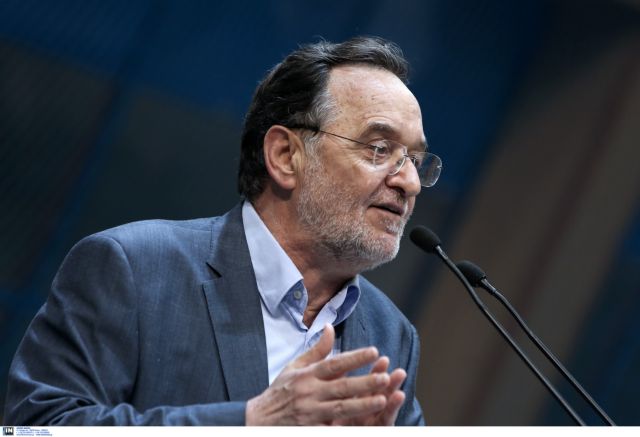 The leader of the Left Platform Panagiotis Lafazanis has urged his SYRIZA colleagues to vote against the new bailout agreement, stressing that they “must fight until the last moment”.

In his interview for Real.gr, Mr. Lafazanis called his party MPs to evaluate their stance, responsibilities and duties towards the Greek people. He also clarified that he will not vote for the new bailout, as he did with the prior actions bills that brought in Parliament, as it “will continue destroying our land and hurting the people”.

Although Mr. Lafazanis argued that he will support the government in implementing its pledges, he hinted that that he may not give a vote of confidence to the government, should it vote and implement the new bailout agreement. Regarding his term as Minister of Productive Reconstruction, Mr. Lafazanis argued that the policies he observed in developing ties with Moscow must continue, particularly the construction of a natural gas pipe line.

When asked to respond to a question posed by Prime Minister Alexis Tsipras, whether the Left Platform should leave the government because it could not secure a better deal, Mr. Lafazanis underlined that the “the dilemma between a bailout agreement and a compulsory departure from the SYRIZA government is false dilemma, coercively posed by our neocolonial creditors”.

The Left Platform leader also commented on the strategy followed by the Communist Party of Greece, which he argued was “deeply flawed” and was “unfortunately getting worse”. Mr. Lafazanis was particularly critical of KKE’s decision to oppose other left-wing forces with converging ideas.