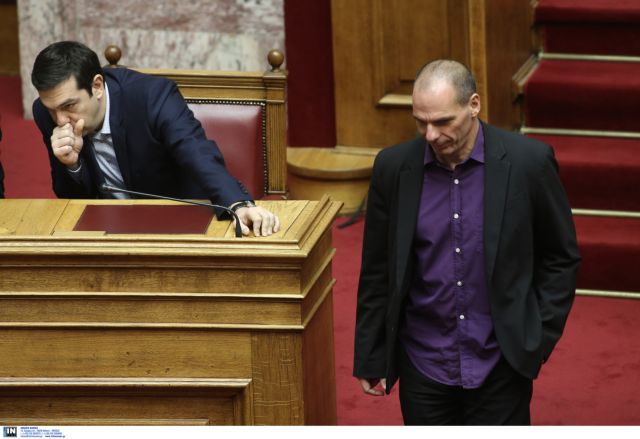 According to the PM, the former Finance Minister had been personally instructed to form a work group to devise a defense plan in case of an emergency. This plan though, Mr. Tsipras underlined, was not a plan to leave the euro, but rather than an emergency plan. He also explained that it was necessary to have prepared such a plan, in case Greece was being forced to leave the euro.

During his response, the Prime Minister went on the offensive and argued that the European Commission had composed a 1,000-page document on a Grexit plan and urged his critics to seek out scandals in the defective submarines, the ‘Lagarde List’ and TAIPED, rather than the actions of his former Minister.

Furthermore, Mr. Tsipras noted that “weird and profound” efforts are being made to stigmatize the government’s negotiation efforts, which he stressed where to achieve the best possible result. The Prime Minister also defended his government’s efforts in the talks with the creditors.

Earlier on Tuesday Mrs. Gennimata called the Prime Minister to respond to recent statements of the former Finance Minister, who claimed to have been preparing a ‘Plan B’, should the negotiations with Greece’s creditors fall out.

The Prime Minister is also expected to respond to a question posed by the Parliament VP Nikitas Kaklamanis on measures to prevent illegal immigration.

Watch the session in Parliament live: