The Prime Minister Alexis Tsipras is scheduled to address the central committee of SYRIZA on Thursday, in what appears to be… 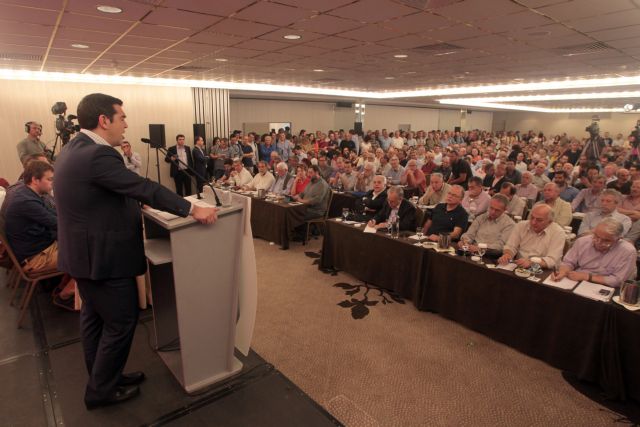 The Prime Minister Alexis Tsipras is scheduled to address the central committee of SYRIZA on Thursday, in what appears to be one of the party’s most significant meetings.

With the clash between the Prime Minister and the Left Platform – SYRIZA’s ‘internal opposition’ – it seems that a split within the governing party may be on the cards. Mr. Tsipras’ goal is to call an extraordinary party congress, where a new party ‘body’ will take the decision for a ‘general regrouping’. His opponents however want to use existing bodies to settle any differences, as they believe that they have the necessary clout to promote their positions.

Aside from the internal conflict though, it will also be decided whether to accept the leadership’s proposal for an inter-party referendum on implementing the recent agreement with the creditors and further negotiating, or the internal opposition’s call for a suspension of negotiations and organizing a departure from the Eurozone. So far 109 of the central committee’s 201 members have openly opposed the recent agreement that was reached in Brussels and it remains to be seen if there will be any changes.