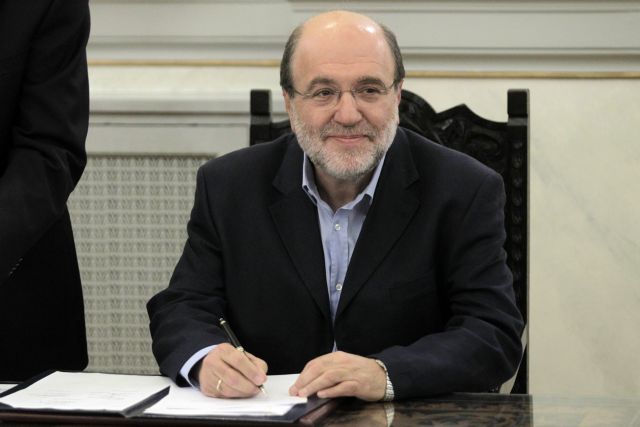 The newly-appointed Alternate Minister of Revenue Trifon Alexiadis told journalists that inspections aimed at curbing tax evasion are going to begin immediately, during the handover ceremony at the Ministry of Finances.

Mr. Alexiadis added that he is “fully aware” of the seriousness of the work at hand and pledged to yield major results, by taking advantage of all the positive efforts of his predecessors. He also argued that his “main principle is to solve problems and not describe them”.

The outgoing Alternate Minister Nantia Valavani stated that employees will face unbearable burdens and commented that she was unable to do much more in her short time in office.