Konstantopoulou: “A loud ‘no’ to the ultimatums and the blackmail”

The President of Parliament Zoi Konstantopoulou commented on the outcome of the critical referendum, as she left the Prime… 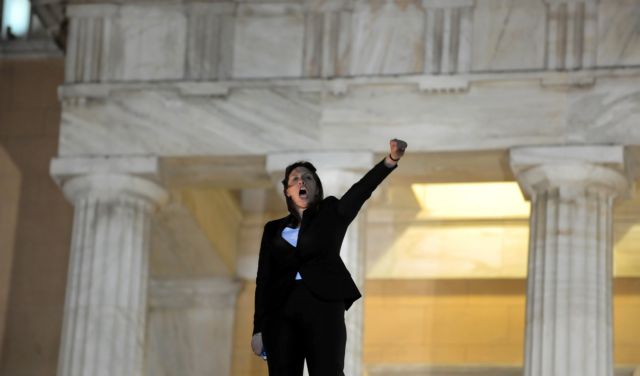 The President of Parliament Zoi Konstantopoulou commented on the outcome of the critical referendum, as she left the Prime Minister’s office, stressing that “the people gave loud response, a loud NO to the blackmail, the ultimatums and the attempt to terrorize and intimidate them”.

Mrs. Kontantopoulou added that the people “sent a message of democracy, determination and commitment to the fundamental values of Europe, which is solidarity amongst the people and societies, the rule of the people and respect to the democratic, human and social rights”.

“The people are than the debilitation and annihilation plans, democracy is stronger than any attempt to enforce a technocratic totalitarianism” she stated, while adding that the political leaders must now rise up to he expectations and “honor the importance and historicity of the great NO of the Greek people”.