Prodi claims it is ‘impossible’ to expel Greece from the euro 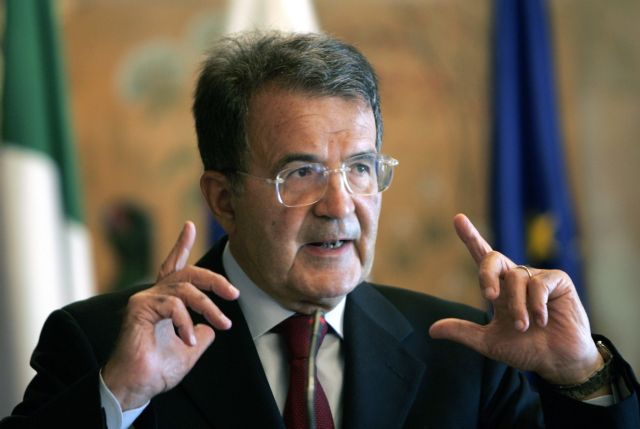 The former Italian Prime Minister and European Commission chief Romano Prodi has argued that irrespective of the outcome of Sunday’s referendum, Europe will have to negotiate with Greek authorities, in an interview to Italian network Rai Tre.

In his interview Mr. Prodi stressed the need for further negotiations between the Greek government and its international creditors, noting that that it is impossible to expel Greece from the euro, following the troika’s mistakes and Europe’s lack of a common stance.

While the effects of the Greek crisis have been downplayed by some, Mr. Prodi questioned how Europe will address major international affairs, when it is no in the position to tackle a ‘small problem’ like the Greek crisis.

According to Mr. Prodi the French President Francois Hollande was willing to take into consideration the latest proposals submitted by Greek Prime Minister Alexis Tsipras, but was ultimately vetoed by German Chancellor Angela Merkel, who wanted to balance between her Bavarian hardline allies and the international community asking for greater understanding.

Germany, according to Mr. Prodi, dominates in Europe due to weaknesses of the other countries and is unable to lead Europe while taking into consideration the needs of others.

Mr. Prodi concluded that if a write off of the Greek debt was carried out at the start of the crisis, then the whole problem would have been resolved. He also estimated that a debt write off will provide a final solution to the major problem.