“To Vima” exclusive: The EC’s proposal for an agreement

At around noon on Monday, the European Commission sent all parties involved in the negotiations a multi-page document with a… 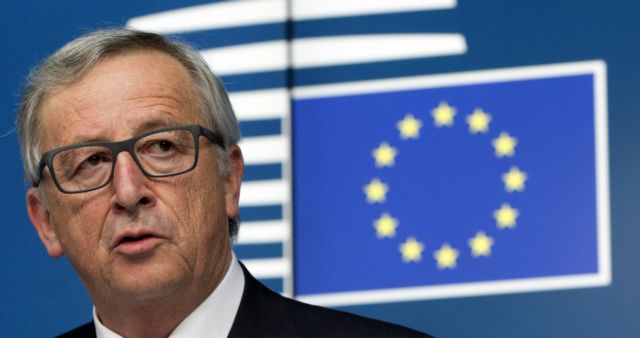 At around noon on Monday, the European Commission
sent all parties involved in the negotiations a multi-page document with a
series of proposals in order provide a solution.

The
document specifically sets the conditions in order to unblock financial aid
from the EFSF towards Greece within June and for a comprehensive
agreement by autumn.

The first
condition is to take (ie legislate) the agreed a first list of measures that
aim to generate about 5 billion euros, by June, in order to cover the fiscal
gap for 2015 and 2016.

The second
condition for a comprehensive agreement is to implement, by fall (September –
October) major structural changes in the economy. These reforms will be
outlined in the OECD’s list and are already agreed upon with Greece‘s European partners, such as
changes in the pension system and the job market.

Aims of
the program

The EC’s
list of proposals outlines the fiscal targets for the next four years, which
are as follows:

The
measures that are included in the proposal aim to cover the fiscal gap and
achieve primary surpluses by the end of 2016. They include:

·
Implementing
the VAT after the summer (possibly on the 1st of October), which
includes an 18% rate for cash purchases, 15% for card transactions and a low
6.5% rate for certain products.

·
Reevaluating
the ‘zero deficit’ clause in supplementary pensions, as part of the overall
discussion on the sustainability of the Greek pension system in the autumn

·
Reevaluate
collective labor agreements issue, in light of the ILO’s recent report on
‘better practices’ in the EU’s job market, the need to increase the Greek
economy’s competitiveness and to tackle the major unemployment problem.

·
Establish
the General Secretariat of Public Revenue as an independent authority

·
Create
a Fiscal Council, that will also operate as an independent authority

The
document – which is essentially a review report and a template for a new
agreement – also notes that there is a convergence of view regarding banks and
bad loans.

The
documents also includes a section outlining reservations expressed by the
International Monetary Fun, which are that the proposal is very different to
the current program. It is essentially a new road map, with very little details
on measure and policies, which will require further studies. The fiscal
adjustment is «back-loaded», ie transferred the future.

As such,
the European side believes that the IMF will not fund Greece, but at the same will not publicly
express its objections and will recommend that the EFSF supports Greece.

The
European Commission proposes that the following payments be made in June:

·
The
outstanding tranche of 1.8 billion euros

The Greek
government, European Central Bank and IMF have all received the European
Commission’s proposal and announcements expected in the next few days – if not
hours – for a Euro Working Group and Eurogroup where the final decisions will
be made.