Simitis: “I regret the wretchedness that happened during my premiership” 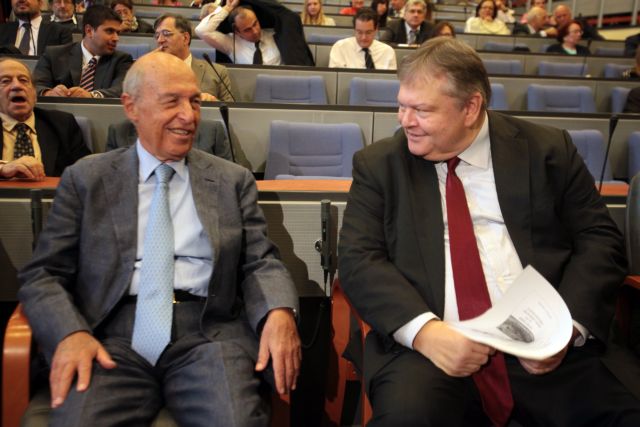 The former Prime Minister Kostas Simitis and the president of PASOK Evangelos Venizelos are set to testify in court on Wednesday in the appeal launched by the former Minister of National Defense Akis Tsohatzopoulos, in relation to bribes in scandalous armament deals.

Simitis: «I know nothing, but bribery is possible»

The former PM stated “I do not know anything about the illegal actions of the defendants and what is attributed to them. What I know comes from the newspapers and the courts” and repeated that the KYSEA has not investigative powers, it does not negotiate nor does it discuss offset benefits. Mr. Simitis stressed that “no weapon may be purchased unless it has been proposed by the Ministry of National Defense”.

When asked by the court president whether bribery was possible in the KYSEA’s proceedings, Mr. Simitis responded “if it happened, it is possible”. He then explained that the prices of military supplies and armaments are not known and are determined case-by-case.

During questioning Mr. Simitis gave an account to the political situation during his tenure as Prime Minister, explaining how the crisis with Turkey over the Imia Islets highlighted the need to update the Hellenic Armed forces, in order to counter a possible escalation.

Mr. Venizelos took the stand and told the court that during the period under investigation (1998-1999) he had only participated in one KYSEA meeting and was not involved in the decision to purchase an anti-missile system. The PASOK president explained that at his initiative, since 2010 a special parliamentary committee on military matters has been formed to intervene when necessary.

When asked whether there was a possibility of bribery, Mr. Venizelos admitted that briber was possible “on all levels, in all contracts, in all supplies, in all sectors, from the Church to charitable organizations”. He also argued that he and his party have “suffered politically and socially” from Mr. Tsohatzopoulos’ trial.

Mr. Simitis and Mr. Venizelos were summoned by the courts at the request of the convicted former Minister, since they were part of the Government Council for National Defense during the critical period when the defective submarines and TOR M1 purchases were made.

To more former ministers who were part of the KYSEA at the time, Vaso Papandreou and Yannos Papantoniou, are scheduled to testify in court on the 20th of May. A week later, in the 27th of May, it will be the turn of the three high-ranking military officers who were part of the KYSEA – Athanasios Tzoganis, Manolis Paragioudakis and Giorgos Ioannidis – to take the stand.

According to the former National Defense Minister, the controversial arms deals were strategic government choices that were decided by the KYSEA – the body with the highest authority on such matters – and as such it was not possible to make illegal payments for legal and approved supply contacts.

The courts, in response, have argued that the trial aims to investigate the alleged bribery charge and not the legal status of the supply contracts. After all, KYSEA members have previously stated that the council decides on contracts based on the recommendations from the military and political leadership of the Ministry of National Defense.