Varoufakis and Schäuble “unable to agree to disagree” 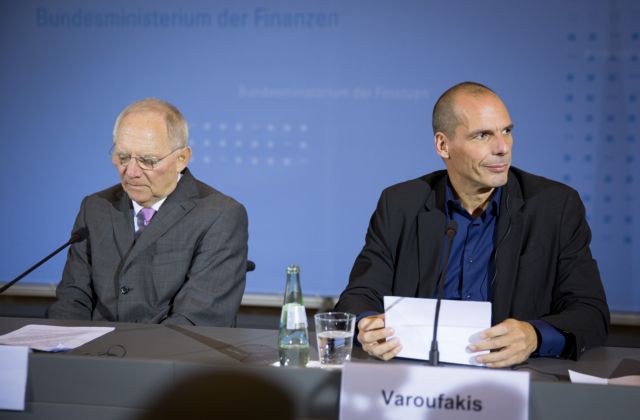 The Greek Minister of Finances Yanis Varoufakis traveled to Berlin on Thursday morning to meet with his German counterpart Wolfgang Schäuble and present to him the newly-elected Greek government’s plans. Following the meeting, the two gave a press conference.

The meeting between the two Ministers took place in light of the Wednesday-evening decision by the ECB to stop accepting Greek bonds as collateral in exchange for funding. Consequently, the two Ministers were unable to come to any agreement.

Mr. Schäuble stressed that he had a very different view to those of his Greek counterpart but explained that they had “agreed to disagree”. Mr. Varoufakis contradicted Mr. Schäuble, noting that “we didn’t even agree to disagree”.

Furthermore, Mr. Varoufakis stated that they did not discuss repayment of the Greek debt or the possibility of a new write-off, bur rather a proposal for a “bridging program” that would last until May.