The Ministers in Alexis Tsipras’ cabinet with ANEL support 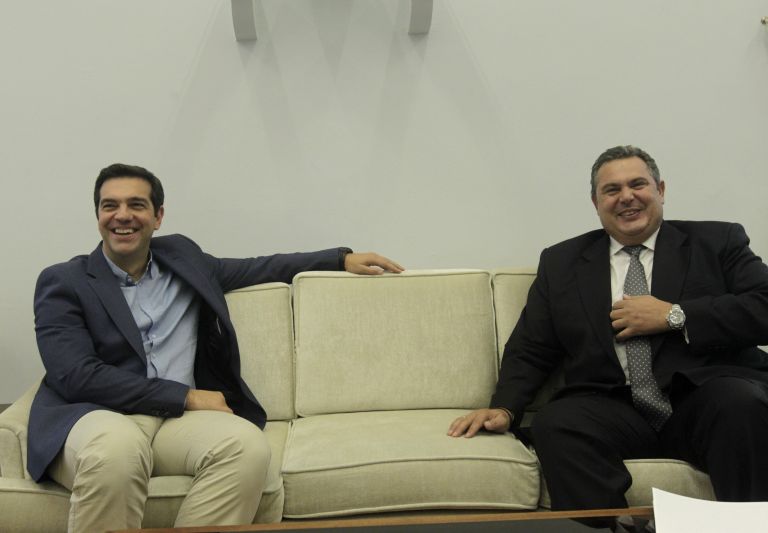 After his party’s major victory in the 2015 general elections SYRIZA leader Alexis Tsipras has begun devising plans for his ministerial cabinet. At present it appears that Mr. Tsipras will form a coalition government with Panos Kammenos‘ Independent Greeks. The two have arranged to meet at 10:30am on Monday to further discuss the particulars.

Nevertheless, rumors have begun circulating regarding a potential cabinet that Mr. Tsipras may have in mind. Yannis Dragasakis is expected to play a prominent role in Mr. Tsipras’ government and is tipped to assume the position of government Vice President and general coordinator of financial affairs. The Ministry of Finances may be helmed by Yannis Varoufakis, with Euclid Tsakalotos as the alternate Minister in charge of revenue. Mr. Varoufakis may however be placed elsewhere.

Theodoros Dritsas is the most likely candidate for the Ministry of National Defense, where retired general Nikolaos Toskas will be appointed as his Alternate Minister. Should SYRIZA form an alliance with the Independent Greeks though, Panos Kammenos has hinted that he will claim this particular Ministry.

The creation of a new Ministry of Migration has been rumored, with Tasia Christodoulopoulou considered to be placed in charged. At the same time the Ministry of the Press will be abolished, with Panagiotis Skourletis being the likeliest candidate for the position of government spokesman. Alexis Tsipras’ trusted consultant Nikos Pappas is probably going to be appointed in a prominent position possibly as Minister of State, as is Avgi journalist Thanasis Krateros.

Zoi Konstantopoulou may be appointed at the Ministry of Justice, although Panagiotis Nikoloudis, the current chief of the Authority for Combating Money Laundering has also been considered and is believed to have discussed the matter. Nikos Voutsis is also expected to assume a central role in the new government, possibly as President of Parliament.